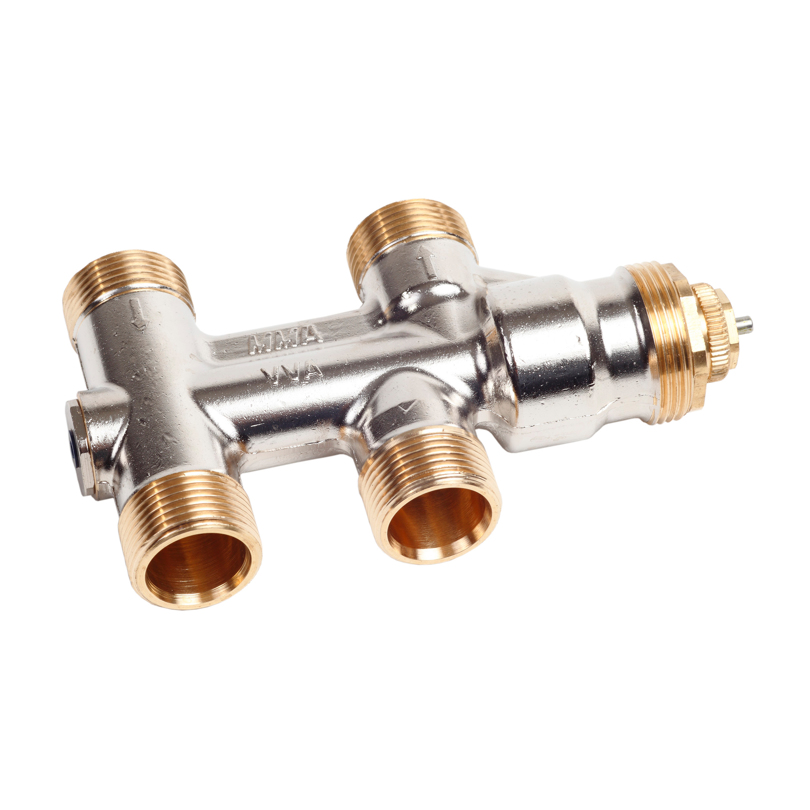 The RFA 76 valve is used to regulate the flow in radiators. The valve is regulated with a thermostatic head, thermal actuator or handwheel. The RFA 76 valve offers a very precise pre-setting feature in the stuffing box. Pre-setting is carried out with a pre-setting key or tool by opening a number of turns from closed valve. The valve i supplied with a grey protective cap to indicate pre-setting. The protective cap can be used to close the valve during the construction phase. It can also be used when balancing the system to achieve nominal head with a thermostatic head fitted. Screw the protective cap to the bottom and open three quarters of a turn. The valve can be converted between a 1-pipe and a 2-pipe system and has a c/c 50 connection to the radiator with an M22x1,5. The blue indicator plug must be removed when converting for a 1-pipe to a 2-pipe system.