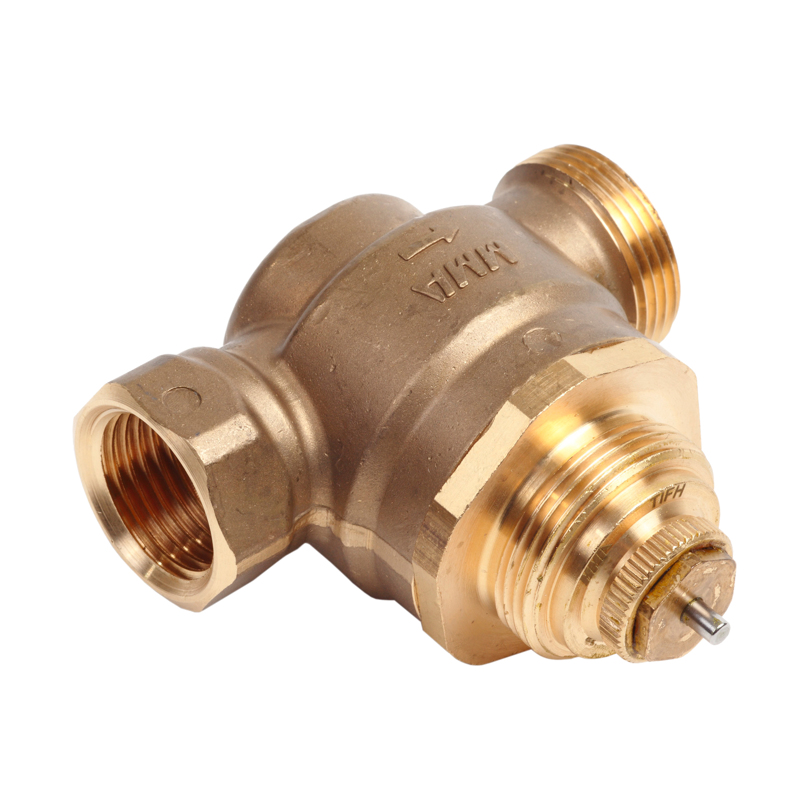 The FVX valve series is used to regulate the flow for radiators or cooling system. FVX valves can be used with a self-acting thermostat or electronic thermostat via an actuator. The FVX valve series has an exact pre-setting function, placed inside the stuffing box. Pre-setting can be carried out using the pre-setting key FN2 by opening a number of turns from shut position as shown on the pressure drop diagram. The FV8 pre-setting tool simplifies pre-setting. The valve is supplied with a protective cap in grey, which denotes pre-setting.The protective cap may during installation be used as shut-off, and also during pre-setting to set nominal opening with thermostatic head mounted. Turn the cap to the bottom and open 3/4 turns.