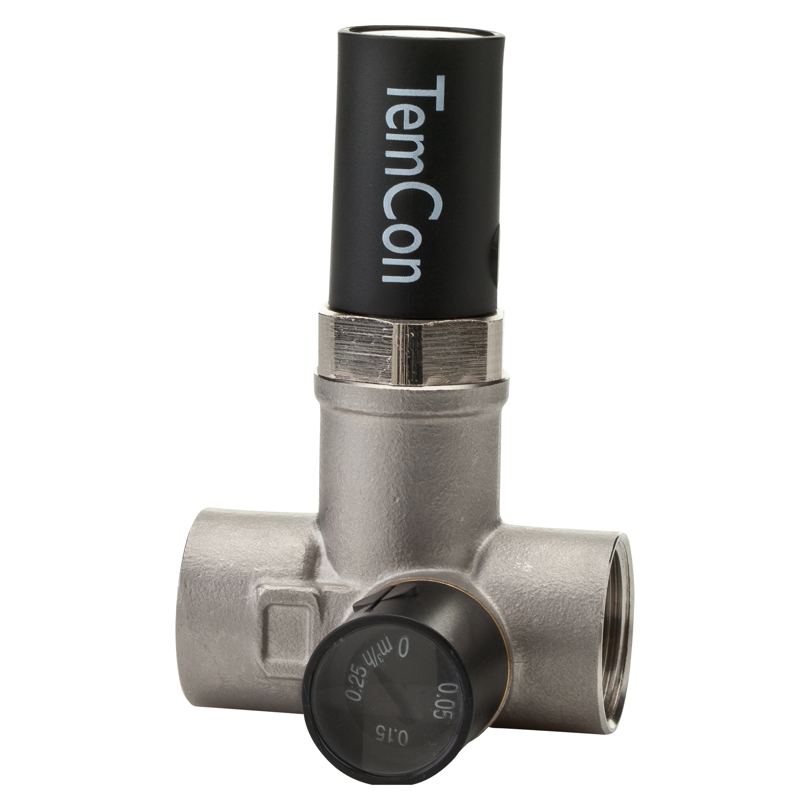 Thermal VVC valves are used as temperature limiter in hot water circulation lines to limit unnecessary circulation and ensure proper temperature. TemCon has a by-pass valve with flush function to be able to use elevated temperature between 70 ° C and 80 ° C and thus keep legionic bacteria away from the system. The valves and all components are made of stainless steel to prevent corrosion. The valves can also be used in heating and cooling systems such as temperature limiter for example underfloor heating loop to keep the return temperature or a bypass flow furthest away in one large system. Always adjust the valve to the set temperature at the valve. The setting of the TemCon valves is made between 37 ° C and 65 ° C. Remove the cover and set the desired temperature with a screwdriver. Manual setting of by-pass on TemCon Remove the plastic cover with a screwdriver that fits into the groove on the cover. When it is gone, the bypass can be manually changed to a kv value between 0.00 and 0.3. The limit valves. TemCon are mounted after the last tapping point. We recommend installing a shut-off valve in series with Temcon for service. Assembly of actuators. The TemCon valve can be controlled with actuators. Remove the manual by-pass valve and mount the actuator with an adapter ring.