The saying goes ‘you don’t fix something if it isn’t broken’ and this often also applies to electric radiators. We tend to wait until a radiator is no longer working to replace it with a new one. However, there are very good reasons to replace old electric radiators with modern ones and these have everything to do with energy efficiency and an optimal indoor climate. 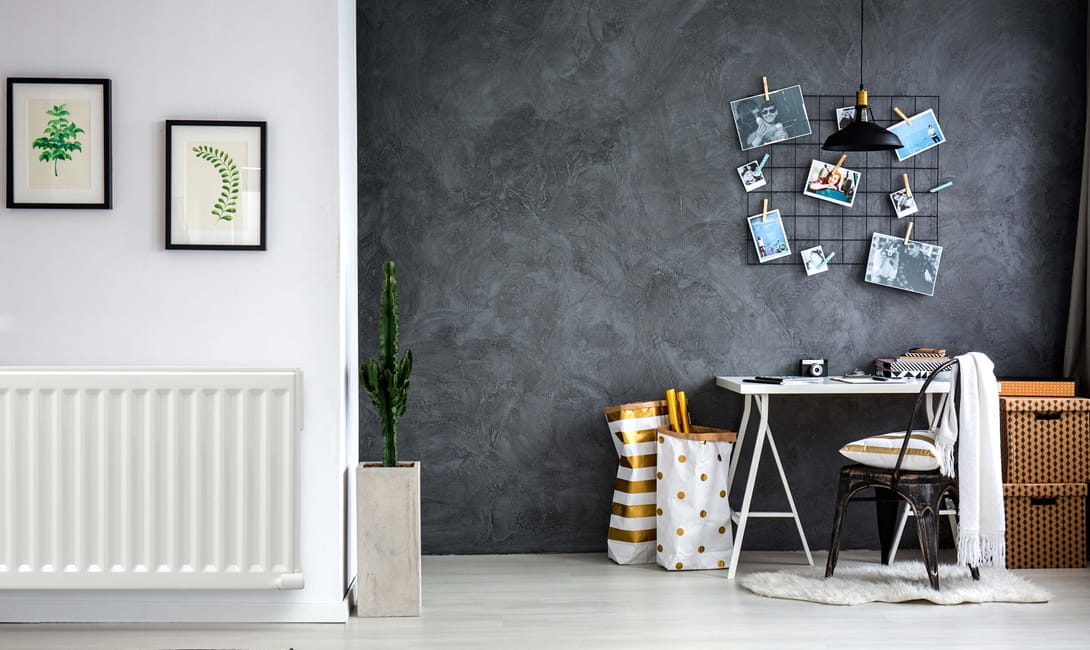 In the past decades radiator technology has come a long way and we are now reaping the benefits. This is true for hydronic radiators, but certainly also for old electric radiators. Because technology wasn’t as advanced in the late 20th century, electric radiators that were installed back then tend to be less efficient and consume a lot of energy. This not only creates high energy bills but is also at odds with our goals for a more sustainable future.

Modern electric radiators are better adapted to the current standards. Most of them are filled with a biodegradable vegetable oil and they generate more radiant heat (+/- 30%). This means they warm up the people and objects in the room more quickly as opposed to the convection heat that slowly warms up the air in the room. It’s the combination of radiant and convection heat that’s perfect for creating a comfortable indoor climate.

“Moreover, the surface temperature of modern electric radiators is much lower than that of the outdated models. Old electric radiators can reach surface temperatures above 70 degrees, which not only creates a safety issue, but also causes the air to be perceived as drier. After all, dust in the air that flows through an open electric heater easily burns above 70 degrees, and the smallest particles even at lower temperatures”, says Mikko Iivonen, senior R&D adviser at Purmo Group.

The perception of dry air is partly due to smell of the burning of dust, but actually mainly caused by a change in the ionisation balance of the air when it comes in contact with hot metal surfaces. When air flows along hot metal surfaces, the balance becomes more positive, i.e. the number of positive ions increases. Both of these phenomena worsen the indoor air quality. By installing modern closed electric radiators you can easily solve these issues.

“On top of that, replacing your old electric radiators with oil-filled radiators also elevates the relative humidity (i.e. the density of water vapor in a room relative to the temperature in that same room) with an average of 5%. An indoor climate improvement that’s due to reduced dust burning and a better ionisation balance”, says Mikko Iivonen.

In addition to a more comfortable indoor climate, replacing your old electric radiators with new ones also provides considerable energy savings. This is due to the better thermostat and enhanced controls that allow for a more even and accurately controlled room temperature and practical features such as a night setback or away mode. An old electric radiator with a bimetallic thermostat can have a hysteresis, or temperature difference, of up to 6 degrees. A modern electronic thermostat keeps the temperature constant to within 0.2 degrees. This alone can provide savings of up to 20%.

The replacement of old electric radiators is an issue that’s especially prominent in Nordic countries such as Sweden. Niclas Schubert, VP of Sales for the Nordics at Purmo Group, explains: “Sweden is a big country with lots of single-family homes and buildings in remote locations that were equipped with electrical heaters in the seventies and eighties. These now consume too much energy and are very inefficient compared to the new electric radiators. When the old ones break down, in Sweden they are often replaced by 400 V oil-filled radiators because these fit directly on the old installation. Popular choices are the Yali Digital panel radiator that can be controlled remotely and the Kaba radiator.”

Electric heating as a complement

If it’s not to replace old electric radiators, modern electric radiators are often installed as a complement to the current HVAC system. “In small huts or summer cottages, for example, an air-to-air heat pump is often combined with an electric oil-filled radiator. Or when the hydronic heating system doesn’t work properly, an electric radiator is installed to ensure a constant room temperature”, says Niclas Schubert. “Also in cases where there’s a condense problem with underfloor heating for example, we see that people invest in electric heating to improve the indoor climate.”