3 ways to heat a building with renewable energy 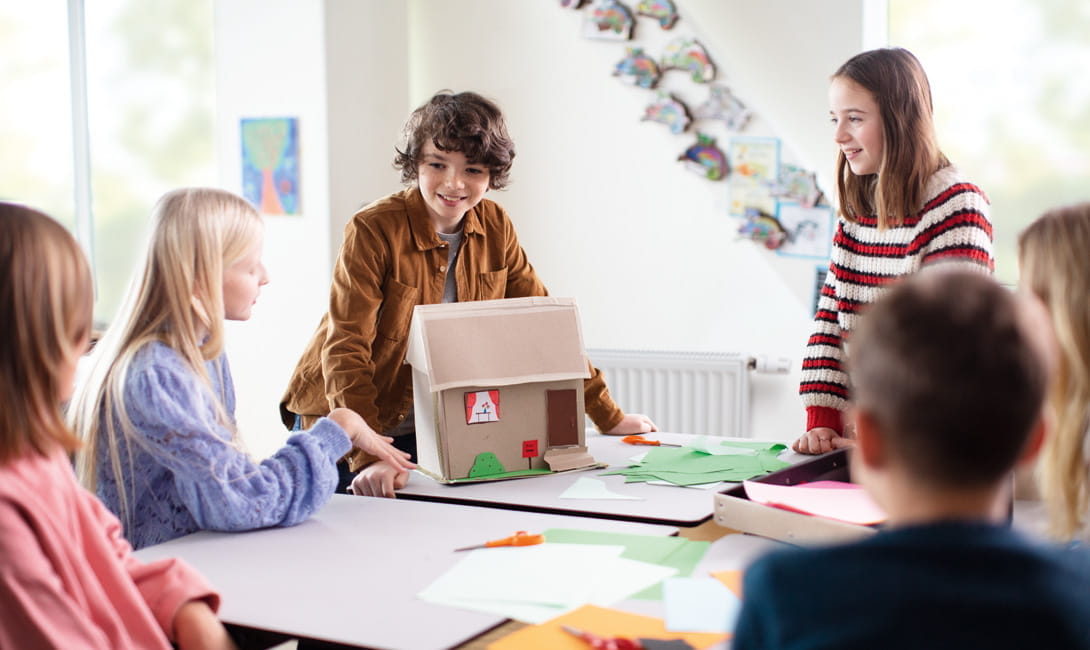 What exactly is renewable energy?

Renewable energy is often referred to as clean energy as it’s derived from natural sources, such as solar, wind, geothermal, biomass, hydropower, etc. The main advantage of these energy sources is that they are constantly replenished and all around us. Fossil fuels, such as coal, oil and gas, on the other hand, are non-renewable and generate damaging greenhouse gas emissions when they’re burned to produce energy. Since the production of renewable energy generates significantly less emissions, it’s obvious that a transition from fossil fuels to renewable energy is key to reach our climate goals.

The recast Renewable Energy Directive (2018) set a renewable energy target for the EU of at least 32% by 2030. Mid 2021 a proposal to revise this directive was presented, in which the European Commission seeks to increase the target to 40%. A further increase to 45% was even included in the recently published REPowerEU plan, that was created to reduce the EU’s dependence on Russian fossil fuels. However, currently only 23% of the energy consumed for heating and cooling comes from renewable energy (Eurostat 2020). Given its significant share in the overall energy mix, it’s important that we all make an effort in this area in order to reach the set energy and climate targets.

Ways to heat a building with renewable energy

Heating systems that use renewable energy operate in much the same way as conventional systems, except that they generate heat from renewable sources rather than finite fossil fuels. Here are some of the renewable technologies that lend themselves well to space heating applications:

Heat pumps
Instead of burning fuel to generate heat, air source and ground source heat pumps use the heat that occurs naturally in the air or ground. A heat pump extracts heat from the exterior and then releases it as heating energy to the individual rooms in a building via underfloor heating or low temperature radiators. The electricity required for the heat pump can come from PV panels, for example, if you want a renewable heating system that’s climate neutral.

It’s important to note that for a heat pump to function optimally, certain general conditions have to be met. For example, the building needs to be properly insulated. Moreover, the radiators need to be checked for usability and - if necessary - adapted to the low system temperatures. If the old radiators remain in place, the heating capacity may be too low to adequately heat the rooms with the lower system temperature. A heating system renovation with a heat pump usually only delivers satisfactory results if, above all, the energy level of the building is high and the electricity comes from the building's own PV system.

Solar panels
Thermal panels are often installed to support the heating system and heat domestic water, but you can also install photovoltaic (PV) panels to generate electricity. In addition to heating domestic water via an electric heat pump, this self-generated electricity can help power electric radiators and other electric appliances. The programmable control of our electric radiators enables users to adjust the heating to their demands and thus avoids energy being wasted in rooms that don’t need to be heated.

During winter the solar panels will of course generate less energy since there is less sunlight. Depending on the country you live in, the orientation of your roof and the degree of insulation of the building, you may have to use some energy from the main grid during the dark winter season. However, during a large part of the year the solar panels will generate all the energy you need for a comfortable indoor climate.

Biomass heating systems
These systems typically burn wood logs, pellets or chips in a wood burning stove to generate heat. Compared to the previously mentioned options, a biomass heating system performs slightly worse in terms of efficiency and clean energy as it still produces a small amount of carbon dioxide and fine dust.

How much does renewable heating cost?

When it comes to heating with renewable energy, it’s important to take the long-term view. Renewable heating can be more expensive to install than fossil fuel heating, but when used efficiently, has lower running costs most of the time. Luckily, the costs of renewable technology are expected to drop in the future and governments often offer financial support in the form of schemes and grants.

On top of the cost of the renewable heating system, don’t forget about the costs involved in optimising the building’s energy efficiency, the pipe network and the heat emitters. A heat pump, for example, will function most effectively and economically in a properly insulated building and when paired with matching heat emitters such as underfloor heating or modern (ultra-)low temperature radiators. So, in order to enjoy all the comfort benefits of renewable heating it’s important to consider the entire heating system as well as the building it’s placed in.

When in doubt about the best renewable space heating system for your particular building unit, don’t hesitate to contact your local HVAC professional for an individual assessment and personal advice.