On 24th August 2016 the center of Italy, in particular the province of Macerata (Marche Region), was struck by an earthquake of 6.0 magnitude and by a series of further tremors that caused the collapse of several buildings including homes and schools. In the Autonomous Region Friuli Venezia Giulia, where Emmeti (brand of Purmo Group) is headquartered, reconstruction work of the Benedetto Costa Nursery School, immediately started, with Emmeti playing an active role. 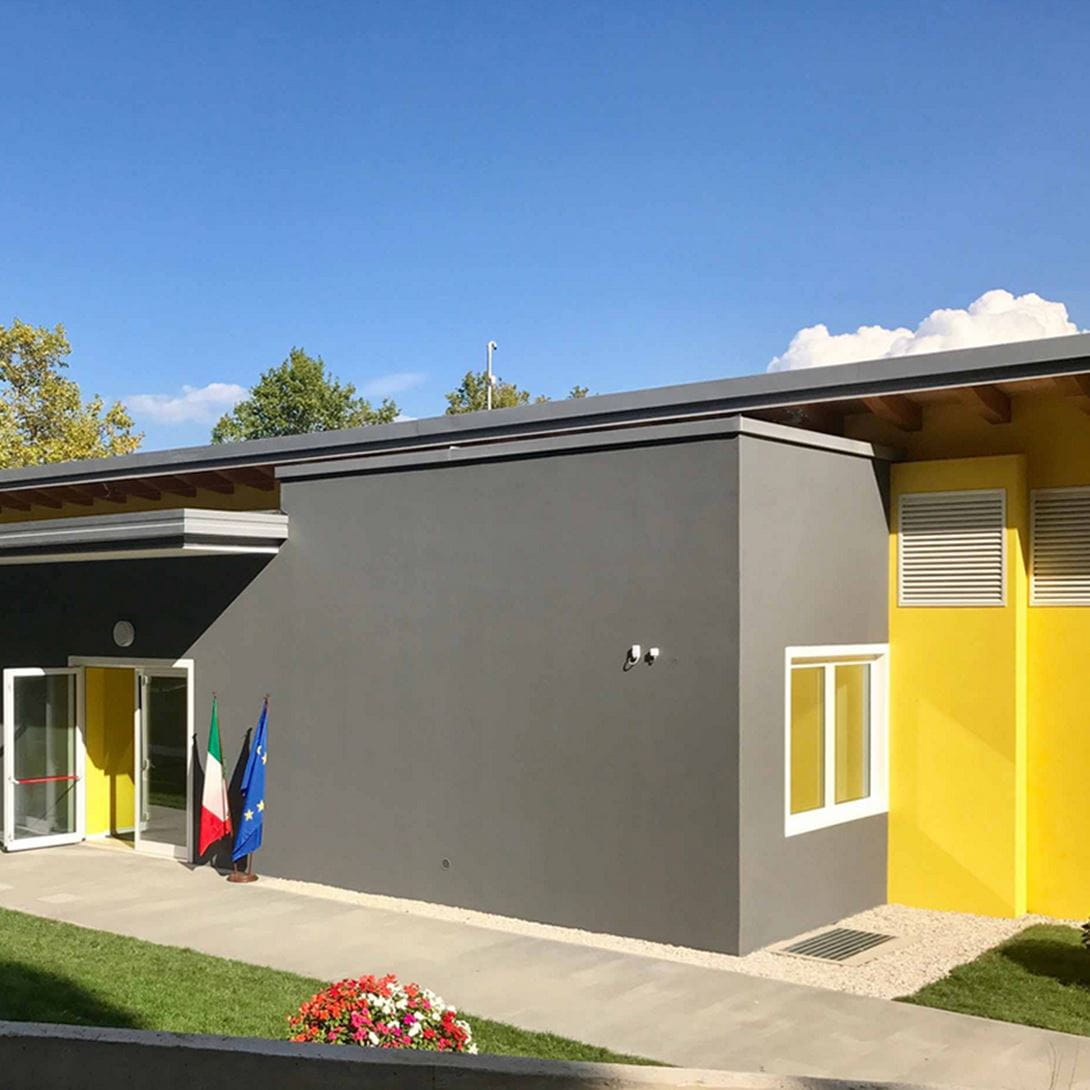 The project was scheduled on February 2017: with executive designs approved on 5th April, the invitation to tender was issued on 18th April, and the work delivered on 8th May. The project was given the deadline for the first day of school on 15th September 2017.

The building project was re-built to the earthquake class 4 standards, making it usable as a safe place in the immediate successive stages of a seismic event. Part of the project was to ensure that the new building was energy efficient and was constructed with an A4, nZeb energy class, i.e. almost zero energy building. Heating and cooling were ensured by Emmeti (brand of Purmo Group) materials and production systems installed by the Balsamini Company of Sacile (Pordenone). The design specifications stated that the solution had to address two key areas: implementation speed and energy efficiency. Luca Ceriscioli, Marche Region President says:

The smile of the children who attended the new "Benedetto Costa" Nursery School of Sarnano was the best image to represent the return to normality and to tell the strength of a wounded community that gets up again and again. The inauguration of this school, yellow and solar, is a beautiful moment that shows how it is possible to rebuild and return to life among endless difficulties, starting from the most cherished places, those dedicated to the young generations, as the beating heart of social life. The school building, made in record time, reference model for public works, was designed with forefront anti-seismic criteria, in a sustainable way from the environmental point of view and example of self-sufficiency from the energetic point of view.

To meet the demands of the project, a full heating emission system was chosen to operate at the lowest possible temperatures, working alongside the energy generation system to provide maximum efficiency and the best comfort possible to users. The heating floor system operates at a low temperature of (30-25°C) to ensure greater environmental wellbeing thanks to the lack of dust handling and not using convective exchanges.

The radiant floor system (with over 6,000 m of piping per floor) is powered by two heat pumps connected to 10 geothermal needles driven into the ground up to a depth of 150 m and capable of supplying over 75 kW of thermal energy. There are 9,600 meters of cross-linked polyethylene pipe laid to make the radiant floor system.

The energy generation system was designed and installed to optimise output efficiently and effectively. The system combines a Water-Water heat pump (redirecting energy from the ground via ten geothermal probes), a Solar System (storing and using solar energy) and a condensed back-up boiler (acting as a back-up system) to ensure continual operation of the buildings heating requirements. Using a photovoltaic system, the heat pump allows the building to use a nZeb system, using the energy produced to power the generator.

A Gerpex system and Multiplex manifolds was chosen to provide a sanitary distribution system and meet the rapid installation requirements. The wide range of fittings and solutions offered by the Gerpex system allowed for quick and easy set-up, reducing installation and commissioning times without compromising on quality. The system provided full operational control by premises managers. The multiplex manifold function offers simple operation for future maintenance and upkeep.

The civil protection website shows the step by step process of the project to rebuild and create the extraordinary quality school in a very short time!