455 years after it first opened, Antwerp city hall has been restored to its former glory. Although the preservation of the building’s heritage value was prioritised, the renovation also focussed on sustainability to ensure the city hall is ready for the future. To this end, energy-saving measures such as new glazing and a roof renovation were combined with a reworking of the HVAC system. An operation to which we were happy to contribute. 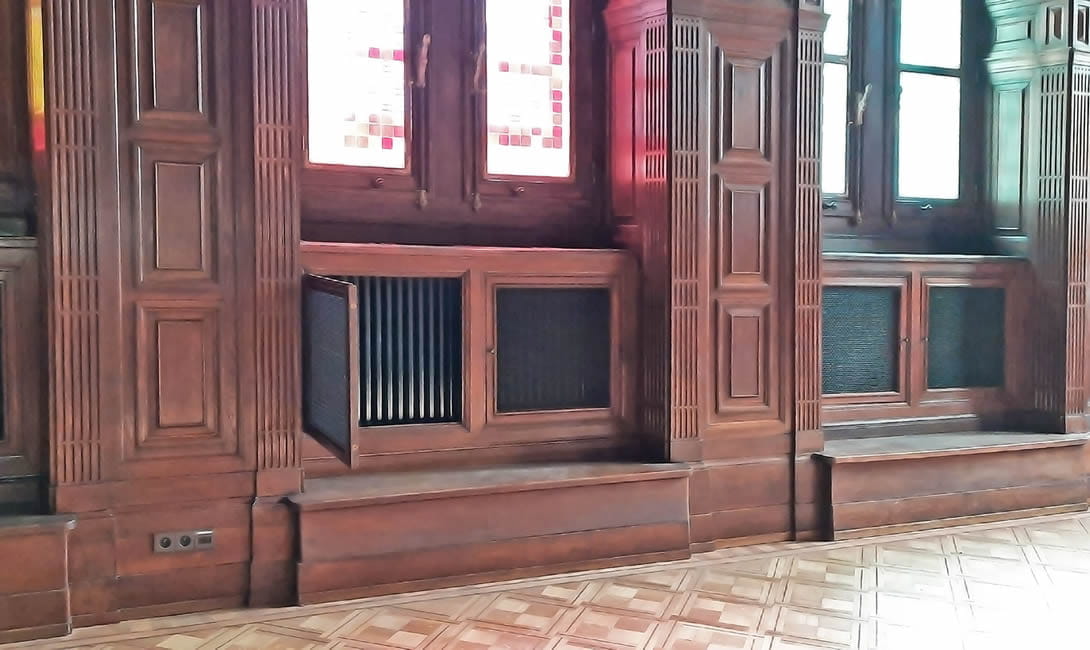 The last major renovation of the city hall dates back to the 19th century, when the substantial changes brought the building largely into the shape we know today. However, the building no longer met the current needs of the citizens and city administration, so a new restauration was due. The mission of this operation was to turn the city hall into a contemporary and open house of governance situated in a sustainable and future-proof building.

The renovation of the historical building took a total of 4 years, during which surprises and unforeseen circumstances such as archaeological findings and the Covid pandemic added to the challenge of restoring a protected monument that’s classified as Unesco World Heritage Site. However, the multidisciplinary design team ‘Huis van de Stad’ and building company Group Monument were able to keep the entire project on track, supported by various professionals in their specific field of expertise.

HVAC specialist EQUANS - Thermoco Antwerp was engaged to realise the sanitary and heating installations, including new radiators. “The original radiators were 80-year old cast iron radiators that were very heavy and hard to handle. For the renovation the architect and city administration requested new modern radiators with a classic look to match the style and décor of the building”, says Philip Teysen, Project Manager at EQUANS. In consultation with the project service of wholesaler FACQ and Radson Account Manager Christophe Raes, the Delta column radiator ranked as the best solution. This elegant radiator combines modern heating technology with a traditional architecture and significantly reduces heat up times compared to the old radiators.

No less than 70 Delta radiators were installed throughout the building. Philip Teysen clarifies: “For the sanitary cores and hallways 59 white (RAL9016) Delta radiators were supplied and installed in plain sight. These were complimented by 11 Delta radiators in glossy anthracite (RAL7021) in the stairwells and landing. This particular colour was chosen for an optimal integration of the modern radiators in the traditional city hall interior. On top of that, the coloured radiators were hidden behind a semi-transparent panelling or benches so that they could blend in more naturally.” 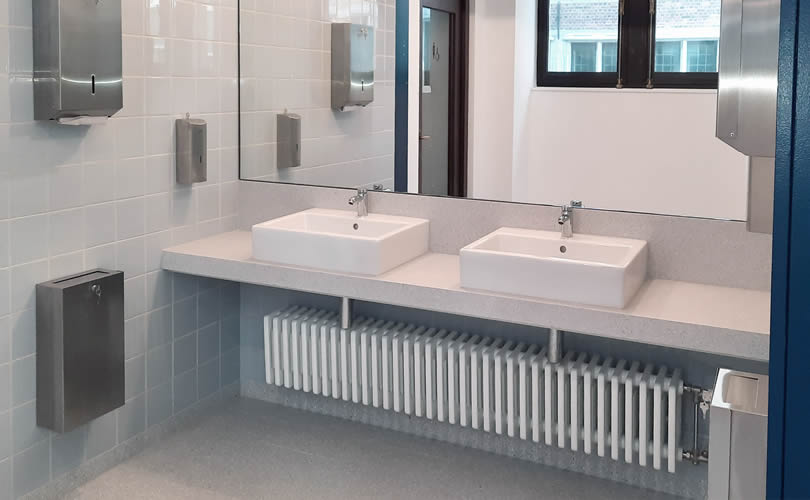 As the city hall required radiators on every floor and in very different places, the Delta radiator was installed in all available shapes and sizes. Both vertical and horizontal, long and short, wide and small, each connection got a fitting radiator.

Although the Delta radiators successfully heat the rooms they’re placed in, they’re only part of the city hall’s complete heating system. Philip Teysen explains: “In addition to the radiators, we’ve also installed about 140 fan convectors throughout the building and the ground floor is partly heated by underfloor heating. The main energy consumer in this system is the cold outdoor air that comes in via the five air groups and needs to be heated in winter.”

While Antwerp city hall is currently using gas as its main heat source, provisions have been made to switch to district heating at a later date. In that case residual heat from the nearby Isvag waste incineration plant could be used to fuel the significant heat consumption in the large city hall. A feasibility study will first have to show whether it’s advantageous to build a complete heat network in the small streets of the Antwerp city centre.